XTUDY: A Solution In School Management System, An Introduction 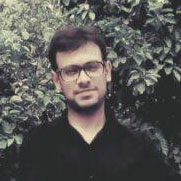 Human civilization is over almost over 4000 years old, and the one constant that humanity has witnessed on its historical timeline, every now and then, is ‘change’. The adage goes perfectly true when it’s realized- “The only constant that there is, is change”. One of the most poignant and revolutionary fields that has affected humans, more than anything else, is science. The realization of how wondrous it is to change our living, our perceptions and our entire social order through the good usage of scientific achievements, is in itself immensely revolutionary. And indeed, after science, what shapes our understanding of the world the most, is our education. What we learn as an infant, in our elementary home tuition classes and in our schools, stay with us for the most part of our lives. Have you ever given a single moment’s of thought as to what would happen when both science and education are combined? No, we’re not talking about teaching science in an advanced way, but we are focusing on educating peoplein a scientific way. And that’s what Xtudy aims to achieve.

For the uninitiated ones, Xtudy is an android and ios mobile application which brings together the entire school management system under the tip of your hand. It’s designed in a way that brings together- the students, teachers and parents, under singlecanvas. In brief, Xtudy app lets every user create his own unique ID, and a username and password is generated. Each user’s profile can be customised as per his needs. After a successful registration, there are numerous benefits that the teachers, students and parents can enjoy.

A student benefits from the fact, among many other features, that he gets to share everything on the Xtudy app itself. From getting access to free class notes to having first-hand knowledge of his time-table and holidays list, a student enjoys many similar salient features. Similarly, a teacher could upload his/her documents, class notes shared with everyone, mark his attendance and give a prior notification to his students in case of leave, and upload say class-test results on the Xtudy app. The parents, as well, benefit, from the fact that they have a direct scanner to keep track of their wards’ performances and see their overallprogress. Parents need not to stand in queues anymore to simply deposit the fees; instead, they can safely and easily pay-off their wards’ fees through the app itself.

Having given a brief idea about what the Xtudy does and it’s brief outline of the benefits for everyone, we would like to state that Xtudy is not just a platform where science merges with the education itself, but it’s a platform that would slowly but steadily change the face of our education system, to make the entire discourse of teaching more interesting, engaging and entertaining for everyone.

In our subsequent blog posts, we would elaborate on the benefits of using the Xtudy app for the students, teachers and parents. Stay tuned in here for more elaboration for the same.